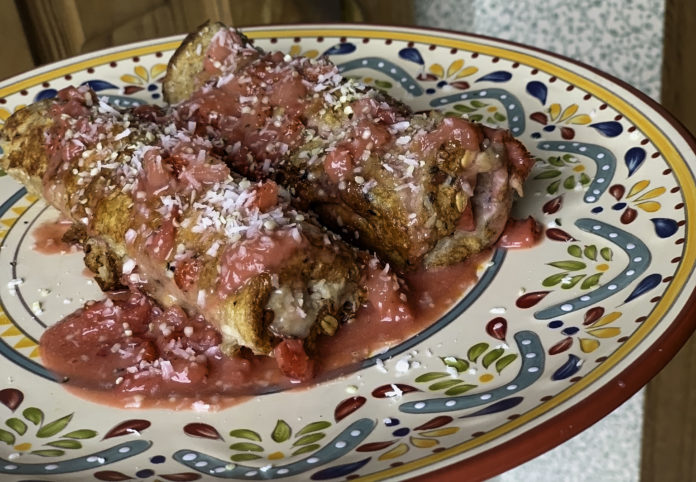 I love, love, love french toast!! Brunch is also my favorite meal of the day. This vegan stuffed french toast is as easy as Sunday morning, not time consuming, and tastes like you’ve spent top dollar at a fancy brunch in the city. This healthier take on french toast is soooo delicious, you’ll be craving it throughout the week (and so will anyone else you make it for). The smell it gives off in the kitchen is unreal. Another perk? you probably already have most of the ingredients on deck.

Directions
French Toast
– mash banana well in medium to large bowl
– add 1 tbsp shredded coconut, milk, vanilla, and cinnamon. Mix well until it’s a thick liquid
– roll out/ flatten bread (not too thin)
– coat the bread in the banana coconut batter you’ve just made
– lay on plate and add in some chopped fruit (about half of a 1/2 cup)
– gently roll the french toast into rollups
– warm coconut oil in pan
– add stuffed french toast to pan on medium heat
– slowly rotating (about 2-3min on each side, careful not to burn)
– top with coconut, agave, maple syrup, or berry sauce and enjoy 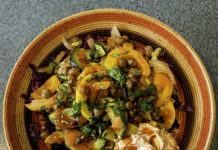